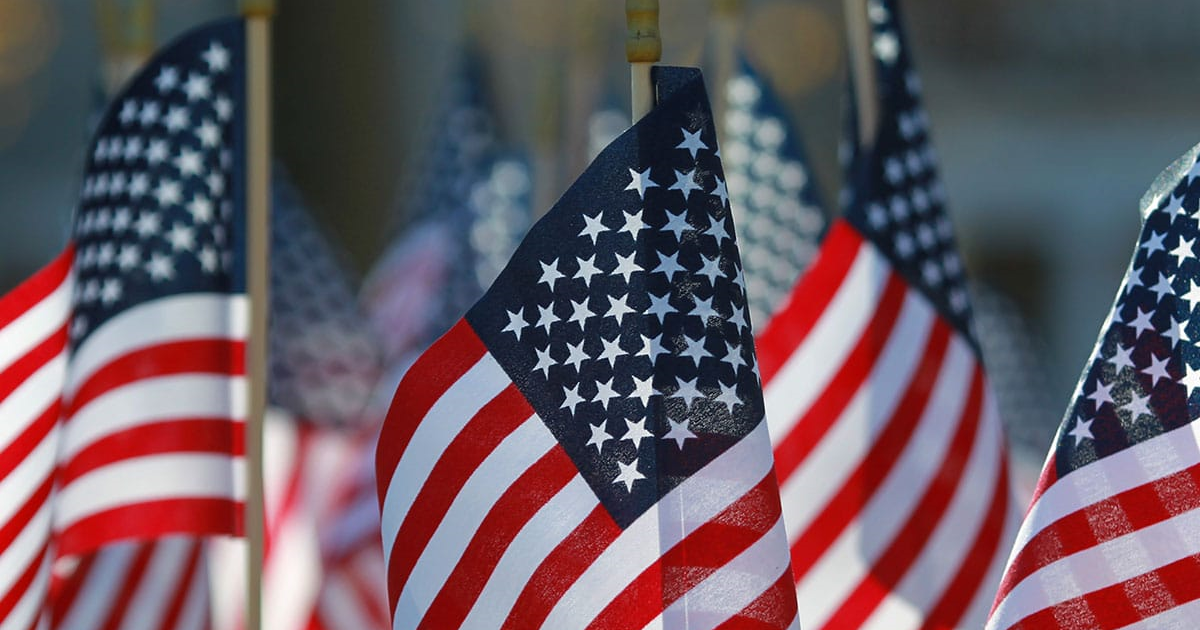 It was the 11th hour on the 11th day of the 11th month in the year 1918. Finally, World War I had come to an end. Soldiers came home, families reunited, and the world rejoiced, but sadly, “freedom was not free.” There were more than 38 million casualties in total– a number that is incomprehensible today. When Congress officially chose November 11th as Veterans Day in 1926, there was more behind their decision than just the concluding date of the First World War. November has always been a month of reflection, with its’ proximity to the end of the year and the Thanksgiving holiday. Consequently, choosing November for Veterans Day was intentional, to bring thankfulness, appreciation and reflection amongst the nation.

Often mistaken with Memorial Day, Veterans Day, isn’t only about those we have lost. It is about sacrifice, and no one understands that better than the veterans and military families across our nation. At its core, Veterans Day reminds us that when mankind works together to defend the basic principles of humanity, there is no force greater that can overpower our moral compass. Veterans understand not only sacrifice and moral duty, but that as human beings, we need each other. Even the heroes who help save the world will one day, in some fashion, need help themselves.

Sacrifice comes in many shades. It can present itself in the smallest acts of selflessness as well as the grandest of gestures. Veterans are undoubtedly the most recognizable source of sacrifice in society. And Veterans Day is an ideal a time for all of us to reflect on the idea of service and its cost.

Thomas Plant, the visionary and founder of The Plant Memorial Home, was a man also familiar with what mattered in life. Born an impoverished French-Canadian immigrant in 1859, Mr. Plant worked diligently creating his shoe factory and amassing a grand fortune. Recognizing the need to provide for those less fortunate he purchased 24 acres in his hometown of Bath in 1917. With his entire community in mind he built The Plant Memorial Home and endowed the home with 3,300 shares of his shoe company, equating to $400,000 at the time. His vision for this home remains the same today:

“This home is founded on my sincere belief that those who have lived honest, industrious lives and are without means or friends to care for them, have earned the right to be cared for. Only through the labor and expenditures of others is it possible…”

Mr. Plant took a risk by investing in such a large endeavor as The Plant Memorial Home during a time of war. What he did not know, was that he too would require assistance later in life. ​

At the age of 58 Mr. Plant completed this establishment and ironically in the same year encountered significant financial difficulty. As a friend of Theodore Roosevelt, he took Roosevelt’s advice and invested a large sum of money into Russian bonds. Unfortunately, shortly thereafter, the October Revolution occurred marking the advent Soviet control which devastated Mr. Plant’s investment. Similarly, his investment in sugar commodities failed with the collapse of the industry with the conclusion of WWI.
At the time of his death in 1941, he was penniless. Mr. Plant’s creditors permitted him to die in his estate, Castle in the Clouds located in New Hampshire. A fitting gesture for someone who sacrificed so much so that others may live out their final years in comfort and security.
As the Plant Memorial Home approaches its’ Centennial it continues to meet Thomas Plant’s vision by providing subsidized housing for seniors. The campus is located on the banks of the Kennebec River and provides a dignified lifestyle in a spectacular setting that many Veterans have–and continue to enjoy today. ​​
Sacrifice is not bound by time nor event. It lives on altering the course of life for others–many of whom do not realize that they are the recipients of another’s generosity. Sometimes sacrifice is the precious, innumerable cost of someone’s very life. As we remember the cost of freedom in our community, we offer our sincerest thank you to all of our veterans and their family members. May God bless you and thank you for your service and sacrifice.

We try our best to give back to a community who has given us so much. Whether it's supporting local Veterans or the local Scout groups. Or providing public access to our beautiful waterfront property. We are committed to supporting our community.